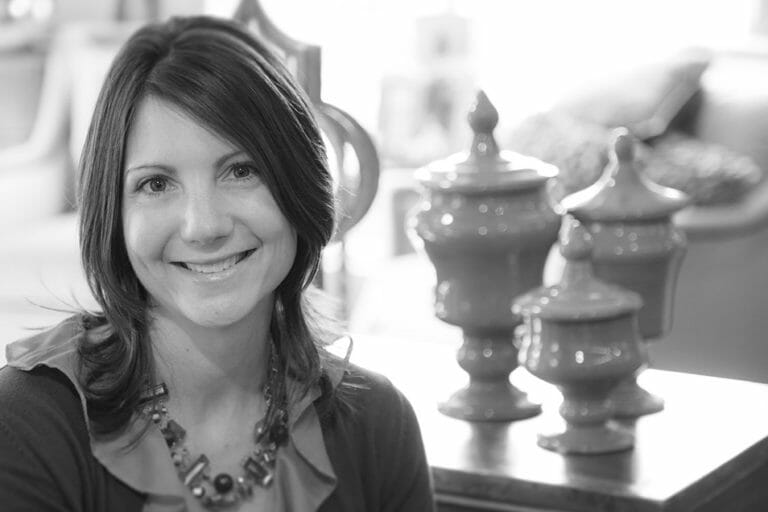 DAIS Center – A Personal Story: Safe and Secure at Home

Laura Groenier has a story engraved in her memory and it affects the work she does today.  Laura owns Silver Leaf Interiors where she “creates interiors for clients that express the warmth, love and safety that clients look for in their home environments.”  But Laura knows that for people experiencing domestic violence, their home life is often chaotic, unsettled and unsafe.  So she has generously chosen to donate her time, talent and furnishings to DAIS (Domestic Abuse Intervention Services) to create a safe space in their new emergency domestic violence shelter.

She wanted to contribute to a space that will allow victims an opportunity to think clearly about the options that they have and give them a fresh start,” states Laura.  “What a home gives people is serenity that alters our mental state.”  The story began decades ago.

“The summer of 1979 when I was ten, Angel and Billy moved next door to us with their mom and dad.  Angel was bubbly with a twinkle in her eye and a bounce in her step.  Billy was a year or so older with square rimmed black glasses and there was no bounce in his step, Billy was introverted and took a while to warm up to the rest of the neighbor kids,” begins Laura.

Because we lived right next door we soon found out that when their dad drank things got loud and crazy at their house.  One summer night I was woken by the biggest commotion at their house, our windows were open and because we lived on a cul de sac our picture window was angled toward their house.  That night we were woken by a car revving its engine with kids screaming outside and we all gathered in our dark living room, talking in hushed tones and staying away from the window.  From what we could gather, the out of town relatives that were visiting had been drinking and it turned into a big fight.  The dad decided he was leaving and taking the kids and relatives with him, but instead of leaving he decided to charge the house, with their mom still inside, and his car packed full of his two kids, his relatives and their baby in it.

As he revved his engine and climbed the slight embankment toward the house in a threatening charge of car versus house, I was terrified for my friends.  The car’s back passenger’s side door was open and swinging with my friends wanting to scramble out, every time the car charged forward the door swung wildly and the kids screamed louder.  The car eventually took off with everyone in it and I wondered where they were going and when they would be back and what was going on. Because I was terrified in the safety of my home, I can’t even imagine being in that car and the terror my friends, Angel and Billy, were experiencing.  The adults talked in hushed tones and we went back to bed and didn’t talk about it again.  I never asked anyone the next day, not my mom, not Angel and Billy (who were both home by then), not the other kids in the neighborhood, I never spoke to anyone about it…until now.

Months went by and other smaller incidents happened but they were so much less impressive to my ten year old self than the one that no one talked about, I felt that it was just normal for them and they seemed to be ok about it.  The moment in my life where I realized that things were not fine came in late fall.  I understand now that Billy took the brunt of the abuse as a child and that’s why he seemed so reserved compared to Angel.

Yelling broke out next door and you could tell someone was in trouble; I was outside playing when Billy ran through our backyard and into the woods.  Angel was not far behind him and encouraged me to come help her find her brother.  Billy sat on a log in the forest with his head in his hands trembling; it was a cold fall day and the tears and snot running down his face must have been cold as well.  He was so scared of his dad, his emotion was raw and he was terrified that his glasses were broken and he would be in more trouble.  It was at this moment that I saw the red marks on his face and neck and it was suddenly clear to me why his glasses had been taped with black tape for as long as I had known him.  Angel and I couldn’t do anything but sit there with him to protect him in the only way we knew how.  To hang out in the woods away from whom he feared most.  We sat there for a long time, until he gained enough mental strength to go home.  I felt completely helpless and without a voice.  They moved soon after this and I never told anyone about what happened because it seemed like there was no one to tell,” finished Laura.

She adds, “I’ve carried those stories with me since 1979 and that is why this cause is so important to me.  I keep thinking, ‘if only there was a place for Angel and Billy’s mom to go, maybe she would have found the strength and resources to make a difference in her and her children’s life.’ I often wonder where they are today and how their life turned out.”

“Children are often the silent observers of domestic violence and while they don’t have a voice they certainly have a presence and they carry these experiences into adulthood,” said Laura.  “We are happy to provide our support and help create a safe haven for other families like Angel and Billy’s who need a place to go.  But just as importantly I wanted to share my story in hopes that it might inspire others to share theirs and contribute to a place that will make a difference for those without a voice.”

To see more of Laura and her team working at the DAIS center, click here

Splish Splash, the Oregon Pool is Celebrating with a NEW Look!